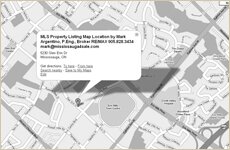 The Culture of Vietnam, an agricultural civilization based on the cultivation of wet rice, is one of the oldest in East Asia; the ancient Bronze age - Dong Son culture regarded as one of its most important progenitors. Due to the long-term Chinese influence on its civilization, in terms of politics, government and Confucian social and moral ethics, Vietnam regarded as a part of the East Asian Cultural Sphere. Some elements generally are considered to be characteristic of Vietnamese culture include ancestor veneration, respect for community and family values, handicrafts and manual labor, and devotion to study. Important symbols present in Vietnamese culture include dragons, turtles, lotuses and bamboo

SP2: Sapa 2days/3nights (Stay at the HOMESTAY in the village)Highly recommended

a Phin Village is surrounded by mountains and owns spectacular rice terraces where there are two ethnic minorities living in harmony. They are the Red Dao, who make up the majority, and the Black Mong. It is the best for the tourists to distin-guish the difference in culture, way of living of ethnic minorities in Sapa. Ta Phin now is also a famous destina-tion for trekking tours.
Detail  Book now!